I recently built a bypass looper into a Hammond 1590H pedal enclosure so I was doing some research into this. If you wanted to use jacks, and not have the LED, I realised you could use insert cables and fit two stereo switchcraft jacks and one of the small 13mm x 13mm DPDT footswitches that are avaliable. 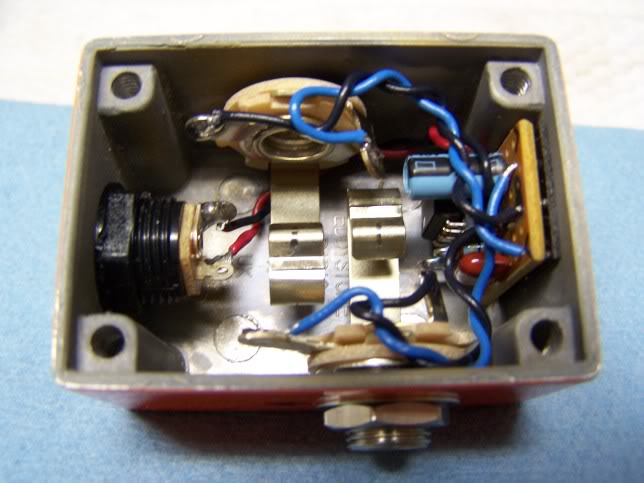 I ended up soldering the patch cables directly to the footswitch and used strain relief gromets because I wanted to be able to fit a 3PDT switch, 9V power, and an LED indicator: 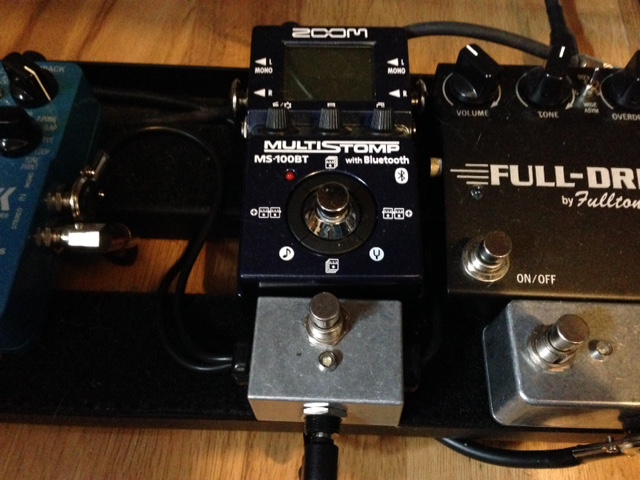 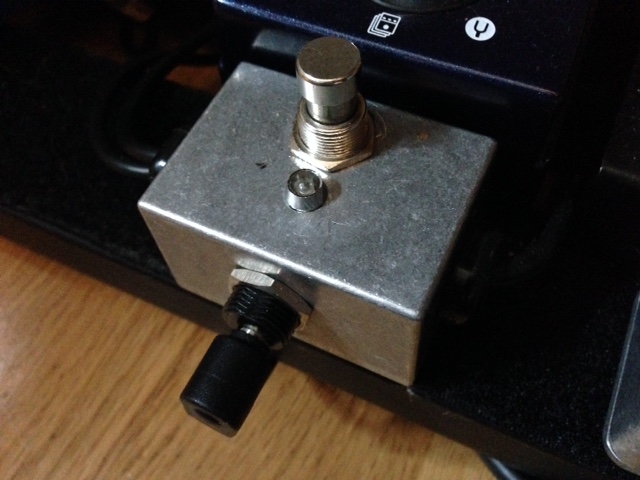 The Western Digital Black² is a 120GB SSD with a 1TB 7200rpm regular hard drive in a single 2.5″x9.5mm case. I thought it would be ideal for both expanding and speeding up my MacBook Pro 13″ without needing to use a hard drive caddy and remove the DVD drive, which I still use from time to time. 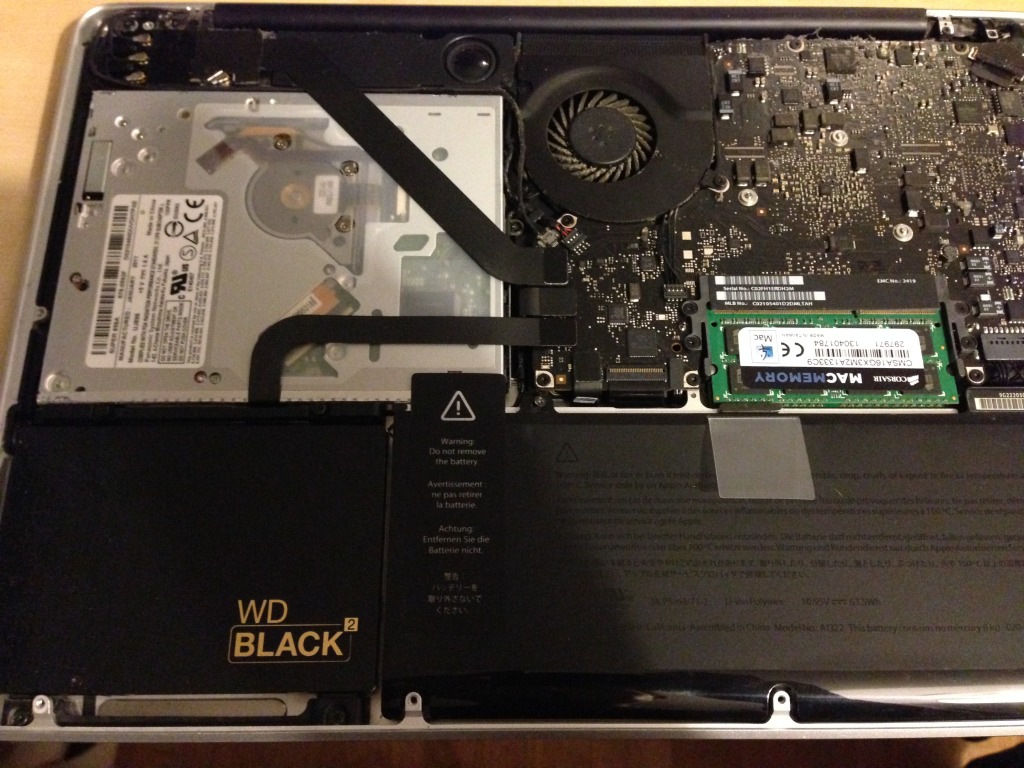 I went ahead and got one without realising it wasn’t compatible with a Mac. Since the move to Intel almost everything is these days, so I just assumed it would be. Not wanting to give up, I did some Googling and found that AnandTech reports that once partitioned using Windows, it is readable on a Mac.

Annoyingly you have to install the Black² as an internal drive in computer, otherwise the automatic partitioning tool won’t recognise it. I din’t have a Windows PC I could put this in, so I had to install it in my Mac first, install windows just to use the partitioning tool, and then copy back over my Mac OS. This is all the steps I did to get it working:

1) Backup your existing drive, its important to do this often anyway, but especially since this is not supported, I or Western Digital will not be responsible for any damage or loss suffered to you, your hardware, or your files.

2) Remove your old hard drive and install the Black² in its place.

3) Install Windows (I used Windows XP, so I also had to remove a ram chip to leave it with only 4GB RAM).

4) If on Windows XP SP2, install Windows Installer 3.1, download it onto a USB drive first so you don’t have to install the bootcamp drivers to get the WiFi working.

6) Hold the Alt key while booting and boot onto your backup or original hard drive on USB.

7) The Black² should now have two visible partitions. Erase existing partitions so that you’re left with one big one. 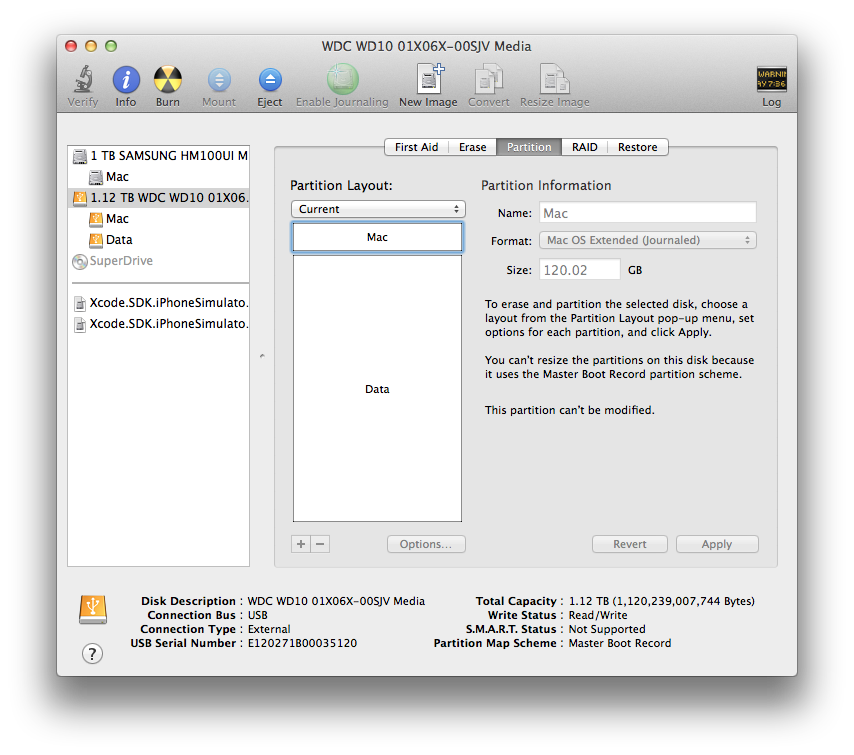 8) Create 2 partitions, the first one 119.8GB, and the rest for the remaining. I experimented with different sizes, but 119.8GB left the right block sizes (see appendix).

9) (Recommended) Add an additional partition of 1GB to the end of the first (SSD) partition you just created. I then cloned by old recovery partition using the instructions here. Update: I’ve changed this from optional to recommended, since when I tried to upgrade to OSX 10.10 Yosemite it couldn’t install because it wasn’t able to create the Recovery HD. I also tried to create it with Carbon Copy Cloner as a 650MB partition and that failed too. I don’t know if its because my partitions weren’t quite right and were overlapping the SSD/HD but when I created the Recovery HD as a 1GB partition it worked, and Yosemite installed.

10) Clone less than 120GB of your original or backup hard drive onto the SSD. If you have more data, you may need to clone your home folder on to the magnetic hard drive bit.

12) (Recommended) Enable Trim. You can use Trim Enabler (paid) or what I used Chameleon SSD Optimizer (free). If anyone is interested, there seems to be an extra hardware controller in between the SATA and the drives to make sure trim command only effect the SSD not the magnetic partition.

Notes:
There has been one or two settings that have changed on my Mac. I’m not sure if this is a result of moving my user home folder, cloning the hard drive, or something else. It seems unlikely that it would be because of using the Black², but I’ll report back as I’ve spend more time using the system. The settings changed were:
– Custom screenshot location overridden
– Mac gatekeeper changed from “All” to “Trusted”

Also strangely Western Digital do have a firmware update tool for the Black2 that does work on a Mac. I haven’t tried it, and not sure if I will yet.

Updates:
– I just tried to update to Yosemeti and realised it won’t install if the partitioning scheme is master boot record instead of guid. I updated above to include these steps.
– In searching to fix the partitioning scheme problem I found that someone else has done this before, and also turned it into a full fusion drive!
– I also found this article helpful for how to check out the partition sizes in detail.
– Also since doing this upgrade I’ve noticed I get the the “Disk too slow (recording) -10004” error when using GarageBand. I’m not sure if its the hard drive, or making the upgrade to Yosemite on an older Mac, but now I have to record to an external hard drive (not the one that the OS is on. I used to be able to do this when I had a normal hard drive. The disk isn’t slow, my boot times are at leas 6-10 times faster, but it maybe “glitchy” in a way that GarageBand doesn’t like.

After I used Carbon Copy Cloner to create the recovery partition on the SSD, this is what I get: