I recently rehouse my BOSS RC-3 in a 1590N1, and I thought I would share a few things I learned and the pictures. I wanted to add a second footswitch to access stop and the next loop function. Some people just add a second switch straight to the BOSS enclosure, but I also wanted to change the main footswitch to a regular footswitch instead of the one that’s part of the heavy BOSS case, as I find it hard to time when looping.

These are some of the things particular to this build:
– I used a Hammond 1590N1, as I could get the powder coasted 1590N1BK version. Some people use a 125B
– I think because there is a lot crammed on the PCB, I had to sand down the edges of the enclosure to get it to fit between the screw points
– The next loop button requires a normally closed momentary switch. These are hard to find. Carling make some, but they’re really expensive. Alpha make some too, but these have a slight click. You can get one similar to the alpha switch on eBay here.
– You can use a standard soft touch normally off momentary switch if you just want stop and for the main bypass button.
– I wanted to be able to do stop and next loop, so I added a DPDT toggle switch to switch between these two functions.
– I staggered the footswitches in terms of height so that you don’t accidentally hit the wrong one.
– I wanted to be able to fit pancake plugs so I spread out the jacks a little compared to how they were on the original.
– BOSS mount the control panel with some screws to the inside of the enclosure, I had to drill holes and put a screw right through the front panel (which I guess I could paint to look better)
– Don’t mount the control panel too close to the top of the enclosure. The Hammond screw holes are thicker than the BOSS ones so it can hit the PCB of the control panel. I came pretty close and had to sand a bit more away, as well as a little of the PCB.
– The power on/off is connected to the Out-A jack

Here are the pictures:

I was trying out the BOSS tone studio before I bought my BOSS RC-3 looper pedal. I wanted to see if there were loops I could use before I got the pedal. The software doesn’t let you download the loops without the pedal plugged in.

What I realised though, is if you use a USB or SD Card and rename it BOSS_RC_3, and then create the same directory structure, you can download all the loops without the pedal. 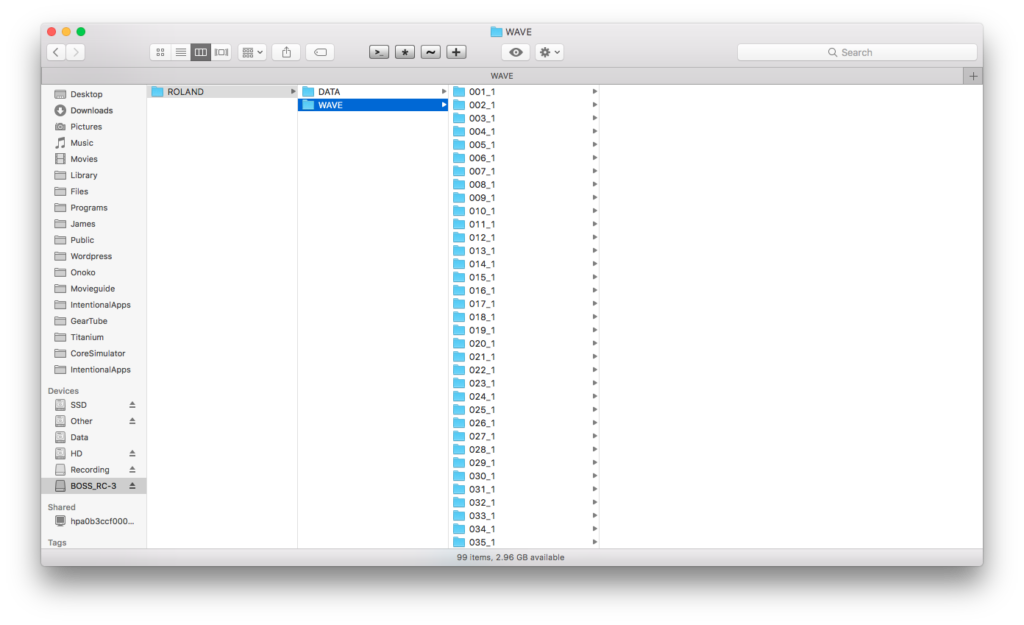 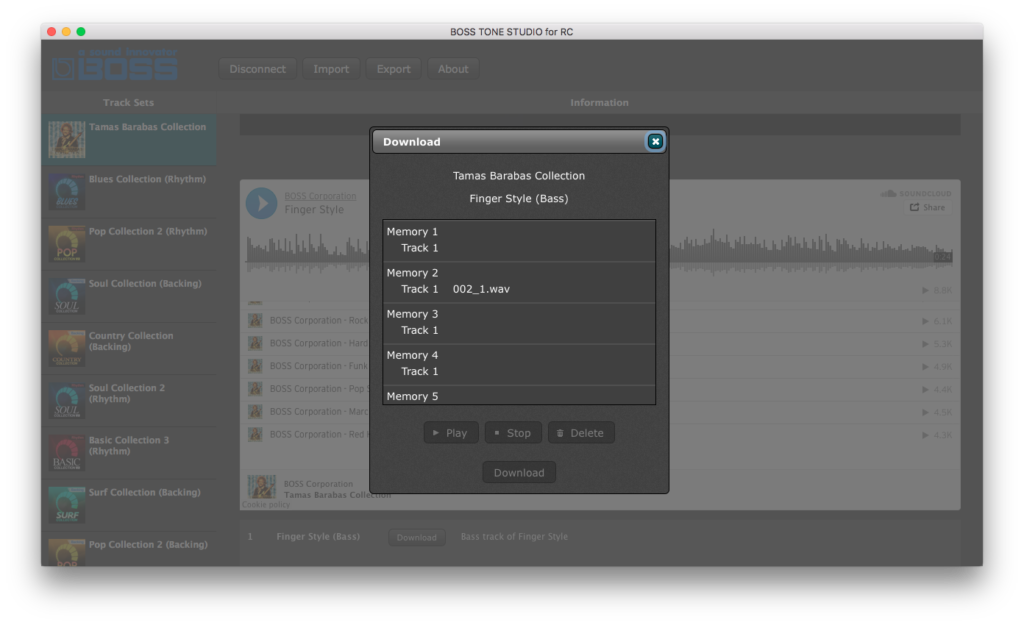