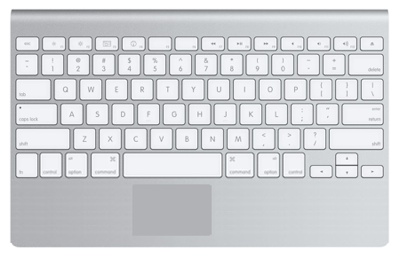 I was just thinking the same thing! I use my Apple laptop both as a laptop and as a “hard drive” connected to my external monitor. And I’d Iike both an keyboard AND the Apple touchpad in one device for ergonomic reasons! Great images to illustrate your point! Make the ipod controller and extended number/arrow pad extra modules to add to the side! Yee hee!

I feel the same as you about the keyboard..

now look at this one..