I’ve been having issues with my M-Audio Fast Track Ultra 8R on Apple OSX Mountain Lion (probably ever since Snow Leopard in fact). It would work the first time I boot up, but if I put my Mac to sleep or powered on and off the interface it would no longer be detected by the OS. I’d have to restart to solve the problem which was very annoying.

After not updating the driver for a couple of years I was very distressed when they had removed the old driver from the M-Audio site altogether. After some Googling though I found that they’ve transfered the product to be under their parent company Avid. They now have updated drives on their site:

It no longer has the sleep / power off problems and the new control panel is a nice update. It does seem almost impossible to contact to Avid support, but maybe you can still use M-Audio support? 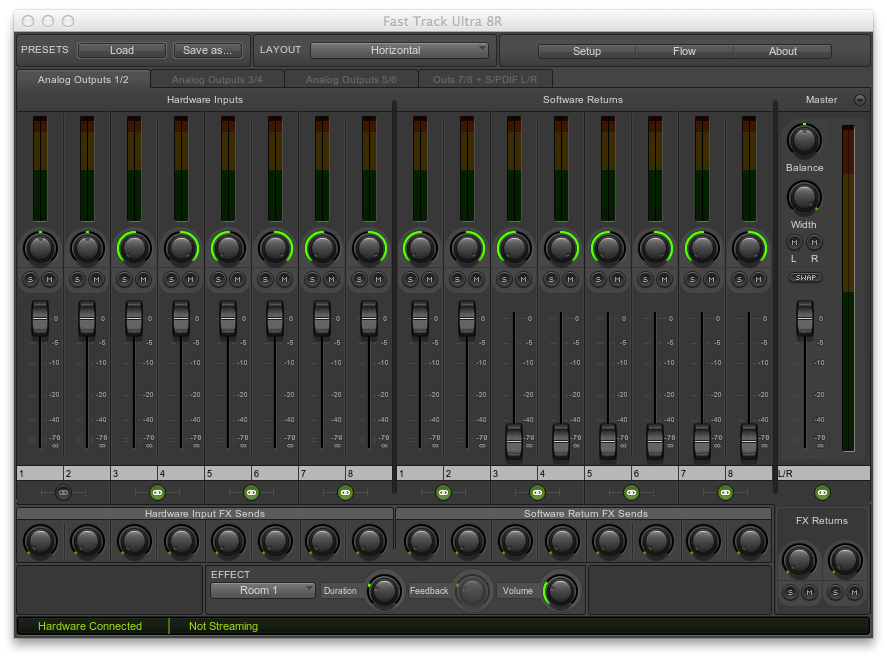