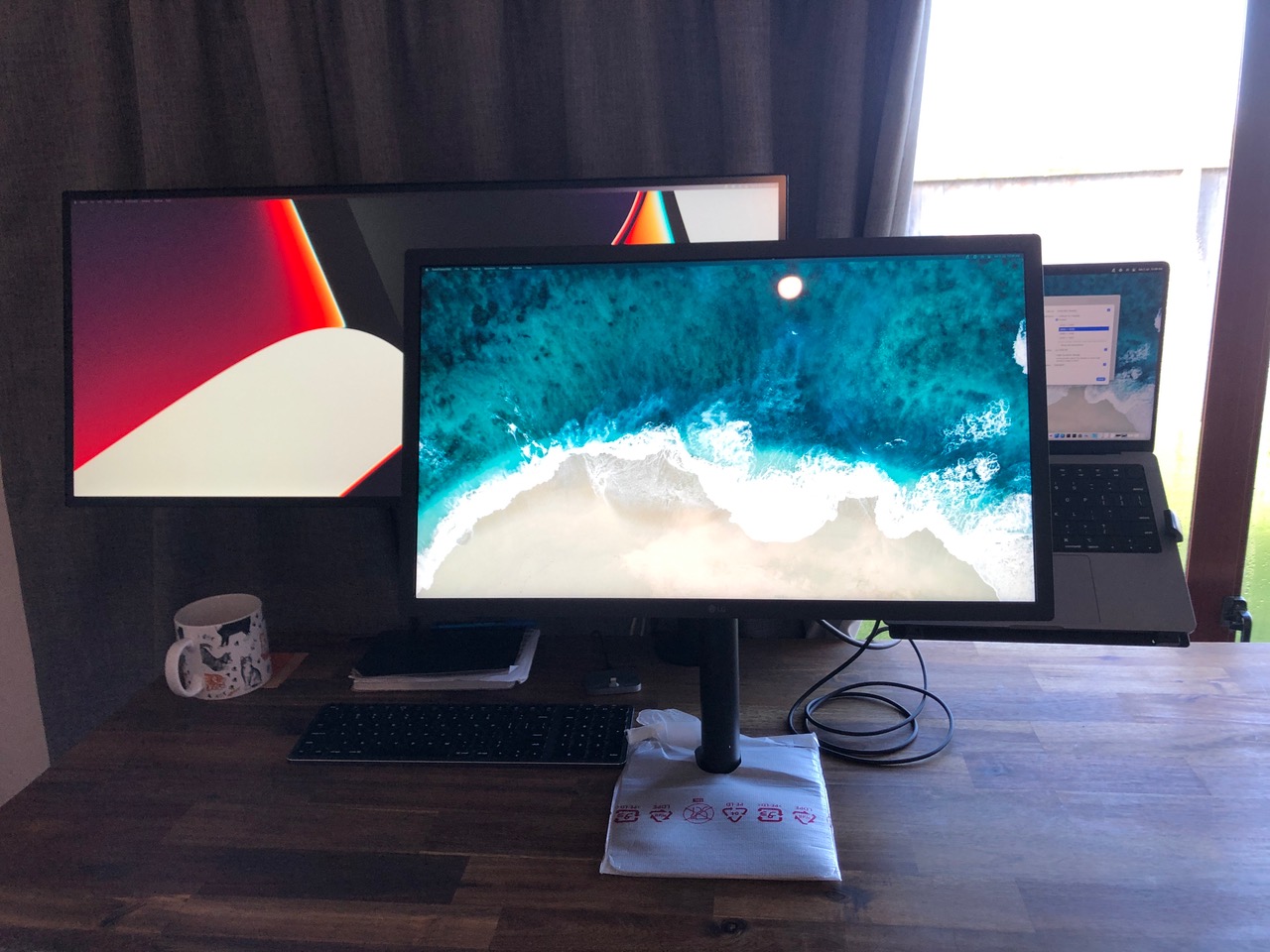 After my last post comparing these two monitors, I wanted to see if you could daisy chain the two and still only have to connect one cable to the MacBook, as the LG Ultrafine 4K supports 40gbps and has a thunderbolt out port as well.

Turns out that you can! Thunderbolt 40gbps from MacBook -> LG Ultrafine -> 20gbps to LG 34WK95U-W at full resolution on both monitors.

For a while now I’ve been using an LG UltraFine 4K (24MD4kL) monitor with my Apple MacBook. However I’ve wanted to have a little more desktop space and was able to get an LG 34WK95U-W UltraWide at a discount, so I thought I would share the differences between these two high pixel density monitors.

Overall, some people might be better off getting two UltraFine 4Ks instead of a single UlatrFine, since it’s almost twice the price, but I got my used and I already use the monitor on my MacBook as a second display as well as Touch ID and the webcam, so having 3 monitors was just too clumsy and took up too much space. I tend to work on just 2/3rds of the UltraFine, as I find two windows optimum as a programmer. But the extra third allows me to have space for email or a video without having to constantly cover my main work.

I had to do a few things to get my UlatrFine to work at high DPI resolutions.
– Update the monitor firmware using the LG OnScreen Control software downloadable here.

Also while the UltraFine 4K is made for Mac, people have got it working on Windows machines with Thunderbolt, and the brightness can be controlled with one of these apps:
https://apps.microsoft.com/store/detail/lg-ultrafine-brightness/9N5MJ2FQ4GWW
https://github.com/motamed/LG-UltraFine-Brightness-Control

Another IKEA hack, this time turning a single SNIGLAR changing table into two lower (and safer) ones by sawing the legs just above the second shelf:

I recently saw this IKEA hack and realised it might be an improvement on my last laptop mount. The Macbook Pro 13″ fits perfectly in the IKEA Dokument letter tray, and the mesh design allows better cooling than a flat shelf.

I’ve been looking for some non aluminium/non ptfe frying pans for a while. I’ve found stainless steel stick too much, and it’s too hard to keep them seasoned all the time. I also tried ceramic coated stainless steel, but these were expensive and still didn’t last that long.

Eventually realised it’s worth paying for cast iron enamel cookware, but this is normally really pricey. However this week Aldi have their 2015 range of cast iron enamel cookware on special. I ended up getting the 28cm frying pan, 24cm frying pan, 28cm wok and 30cm shallow casserole to add to my two Le Creuset casserole dishes. While the quality is never going to be on par with Le Creuset, they still feel very solid, have stainless steel riveted handles that stay cool, and a decent thickness of enamel.

Cooked with them today, and the surface doesn’t stick too much with some oil. They’re also a little lighter than other cast iron cookware, which is maybe why they’re cheaper. It does make them slightly easier to handle, although their still noticeably heavier than stainless steel or aluminium cookware.

Overall very pleased, and I think they’re worth the money. They should certainly last longer than the ceramic or other nonstick pans I’ve used in the past. 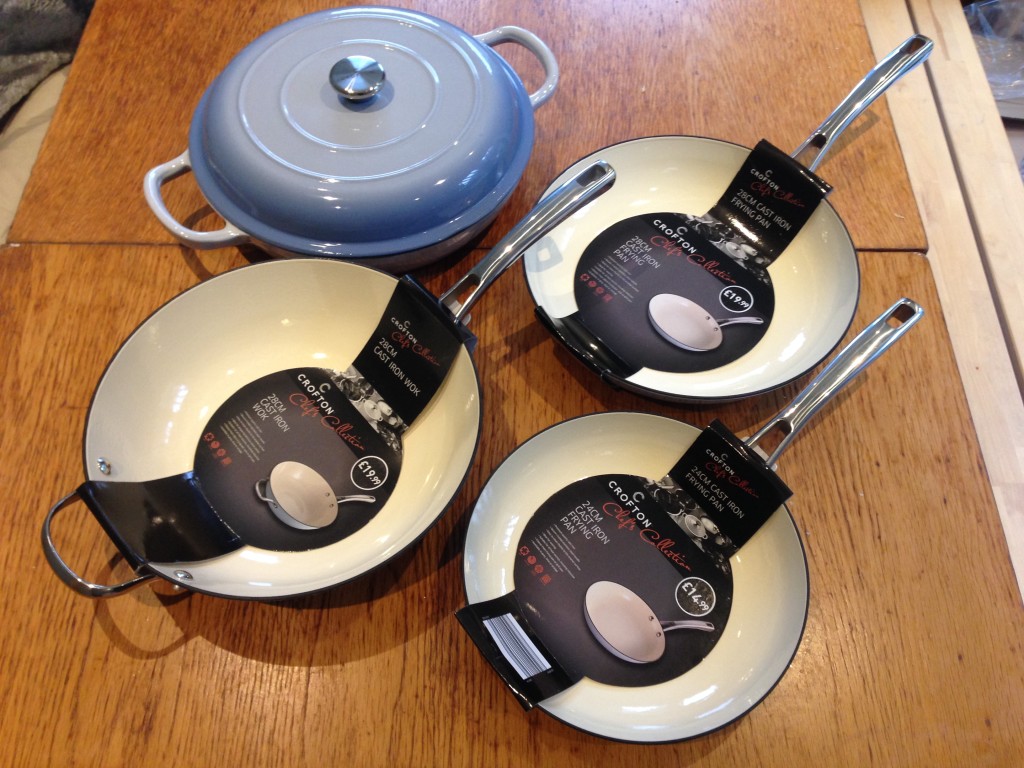