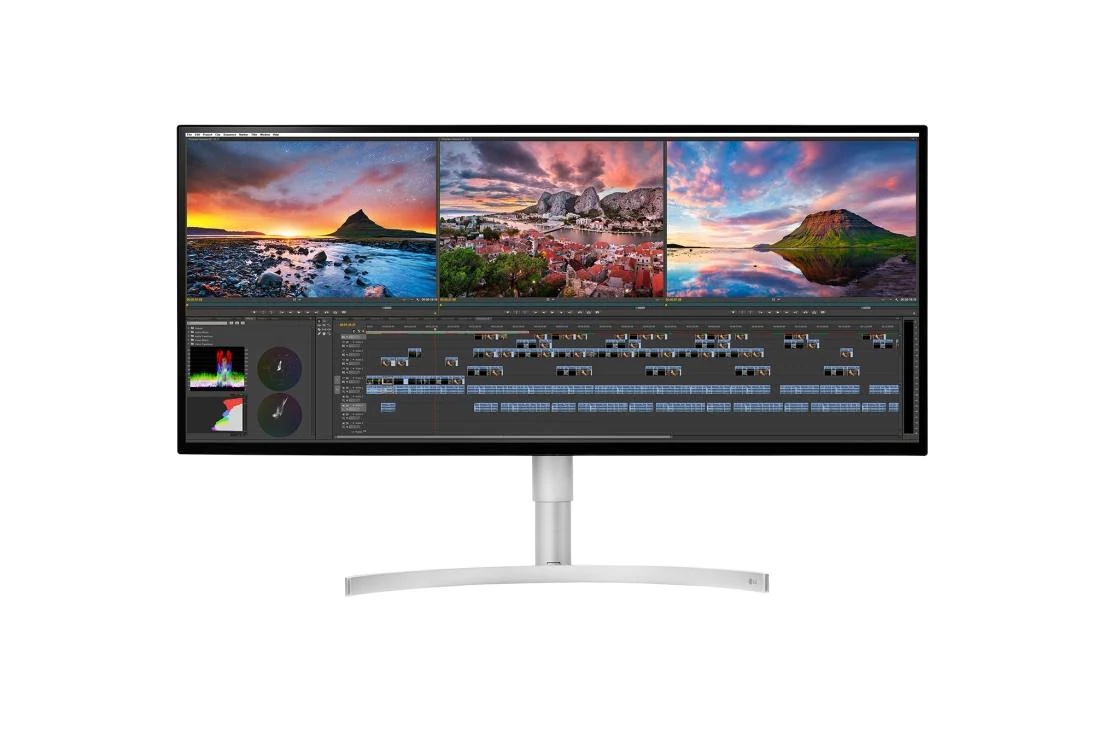 For a while now I’ve been using an LG UltraFine 4K (24MD4kL) monitor with my Apple MacBook. However I’ve wanted to have a little more desktop space and was able to get an LG 34WK95U-W UltraWide at a discount, so I thought I would share the differences between these two high pixel density monitors.

Overall, some people might be better off getting two UltraFine 4Ks instead of a single UlatrFine, since it’s almost twice the price, but I got my used and I already use the monitor on my MacBook as a second display as well as Touch ID and the webcam, so having 3 monitors was just too clumsy and took up too much space. I tend to work on just 2/3rds of the UltraFine, as I find two windows optimum as a programmer. But the extra third allows me to have space for email or a video without having to constantly cover my main work.

I had to do a few things to get my UlatrFine to work at high DPI resolutions.
– Update the monitor firmware using the LG OnScreen Control software downloadable here.

Also while the UltraFine 4K is made for Mac, people have got it working on Windows machines with Thunderbolt, and the brightness can be controlled with one of these apps:
https://apps.microsoft.com/store/detail/lg-ultrafine-brightness/9N5MJ2FQ4GWW
https://github.com/motamed/LG-UltraFine-Brightness-Control